The Anaconda installer includes a range of boot options, which modify the default behavior of the installation program by enabling or disabling certain functions, as stated in Fedora Docs here

During the Anaconda install process, the shape to enable/disable window decorations is governed by the following parameter in the file: /run/anaconda/anaconda.conf:

But this command parameter, passed in grub.cfg for example does not work:

Is it depreciated ? Anaconda Documentation does not mention this parameter nor does is states that it is depreciated or not

What would be the right syntax if it is still active ?

I have reported the issue in Fedora Docs / Pagure.io

I guess the first question is, how are you getting to the installer?

The instructions about setting boot options like inst.decorated= are for bootable install-only media, more common in server settings than for desktop installs.

Most Workstation/desktop installs these days are done via bootable Live Image media, where it opens to a working Fedora desktop and shows an initial window with options to “Try Fedora” or “Install to Hard Drive”: 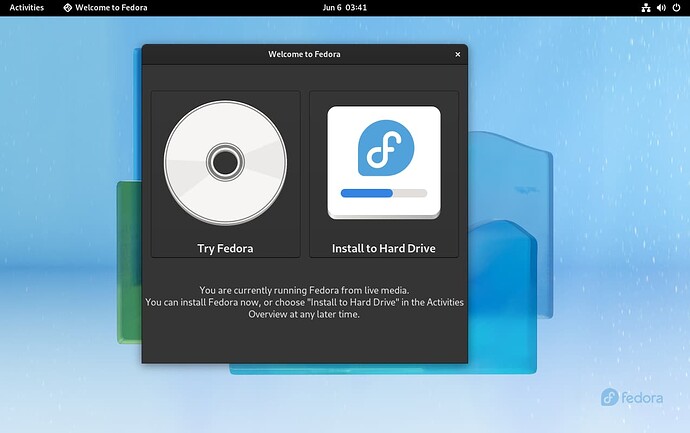 For those installations, the boot options don’t have any effect on Anaconda because it’s not being started on boot.

After booting the live image (but before starting the installer), I can customize the installer by editing the configuration in /etc/anaconda/anaconda.conf. For example, if I open a Terminal window and run a command like the following:

I can edit the value of the decorated_window option (which is initially set to False), changing it to read:

…After doing that, clicking “Install to Hard Drive” in the initial window pictured above will open Anaconda with window decorations enabled: 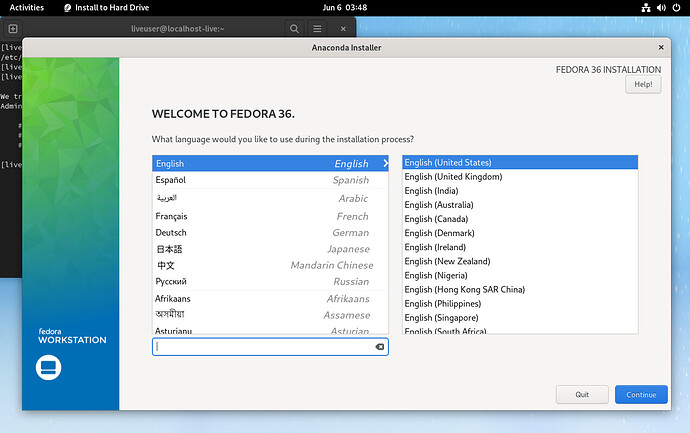 Much of the information found in the Install Guide unfortunately dates back to the days before Live Image bootable media were a common install method for Fedora. It’s all still relevant and at least mostly-accurate, IF the install is being done using a bootable installer. But much of it doesn’t apply to the Live Media process at all.

The tricky question (which I guess hasn’t been fully solved yet, clearly) is: How do we leave that information available and accessible for users who are using bootable installers (for whom it’s useful), but also clearly indicate to everyone else that none of the information there is relevant to them because Live Media installs take a completely different approach to starting Anaconda?

I can edit the value of the decorated_window option (which is initially set to False), changing it to read:

…After doing that, clicking “Install to Hard Drive” in the initial window pictured above will open Anaconda with window decorations enabled:

(Sorry, I see that you’d already discovered that part of things. I read your original message too quickly, and thought you were reporting that decorated_window = True also didn’t work. My apologies for not reading more carefully.)