Cant get microphone to work on fedora

Getting nothing but static might indicate that the input level is too high on the microphone so that it is picking up ambient noise. I would expect silence if it weren’t properly connected. Does turning down the input level/gain help?

No. I connected the microphone, opened Audacity, started recording, and slid the input level slider up and down as I talked into it. I get static, clicks, or complete silence. It will not capture any sound.

It sounds like it might be a hardware problem. If you’re getting static and clicks when its input is high and silence when its low, it sounds like it is either damaged or blocked off. Does it work with any other program, such as taking a video with cheese?

I just tried testing it with firefox, and it cant detect anything. I wonder if it is a hardware problem with my computer. Do USB microphones work with Linux? The microphone will work fine if I plug it into my phone and record my voice from my phone.

Please use English in this category (Por favor usar Ingles). We have another category for Spanish language support (Para Espanol). (Forgive me if the Spanish is terse - I only know some California Spanglish).

You must install the Pulse Audio volume control application, in the configuration you check if the microphone is stereo or mono, if it is mono, check if it is connected as a left or right channel, I solved that problem yesterday

You might install and try with pavucontrol since it can give you some more fine-tuning. It won’t help if there’s a hardware problem, but could be useful if it’s a software control issue. 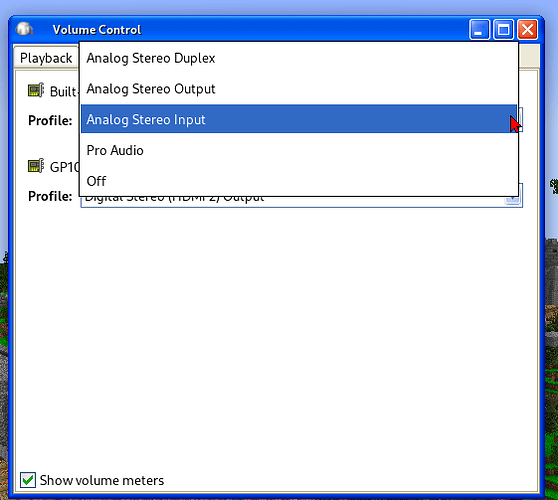 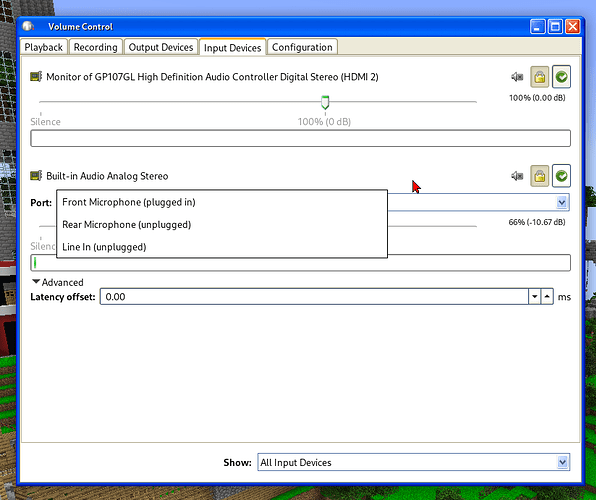 I only have one microphone plugged into the front port(current config). I have also tried testing with the rear port and got the same results.

Do you have another microphone to test with?

No, but this microphone works fine if I plug it into my phone.

You have already modified all the options that the applications give, it turned out for me to test the levels of the right and left channels, and to test with the different options, I already connected an external microphone to Fedora and it worked normally, I even have 2 microphones connected

Here I see that the audio is being recognized correctly, I think it’s just a matter of configuring and testing the options, also check if the volume level of the microphone is ok

I dont know what to do. I just tried playing with it, but it is like Linux just does not know how to get audio from the microphone. Maybe this microphone does not work with PCs. It did say that it was designed for phones, but I bought it because I don’t know if Linux supports USB microphones.

I think it may be the firmware of the microphone

Alright. I will go to the store and see if I can find another one to try. Thanks.