Hello, I have a fresh install and up to date Fedora 36, which used to propose me the headset input as input for mic/sound, but very recently although the option is still here when I plug in the mic (and disappears when unplugged, as before and as it should) I am now unable to select it, it’s greyed, as can be seen here. Tried to reboot or restart pipewire, no effect.

Has anyone any solutions to offer?

Pipewire is a work in progress, so curretnly you are not alone with this problem.

Did you try replacing wireplumber with pipewire-media-session yet? If that doesn’t help you could switch back to pulse-audio completely, instead of pipewire, as described here (replace all pacman commands with dnf commands, of course): 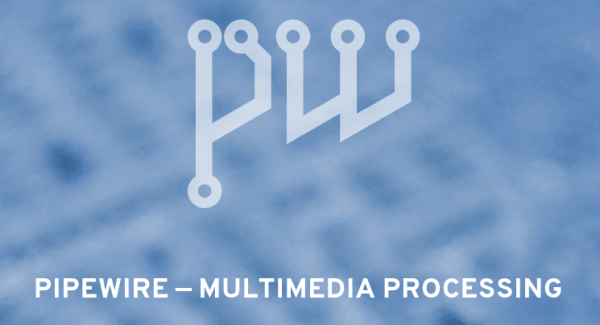 Pipewire Up from the 4th release in 2021 called Atlantis new installs will have pipewire enabled per default. If you are on older installs you can easily switch to pipewire from pulseaudio: Install…

No I did not try to replace pipewire, I expected Fedora to ship its latest version with an audio system that works… but I guess I’ll do it if it’s the only way to make things work. Thanks.

If ALL the hardware in ALL the computers used by ALL the users in the world was the same then this expectation might be reasonable.

With millions of users using millions of different models of computers with different hardware it is really amazing that there are only a very few complaints of this type, especially about audio.

Every app has several layers. For audio it is approximately:
Hardware <–> driver <–> kernel <–> audio manager (pipewire, etc) <–> codec <–> audio player <–> data (music or otherwise)
Each path must work at every level and for most it just works. Some have issues.

Remember also that fedora is a near rolling release, constantly being improved with often regular fixes of issues such as yours.

If you want stability then use a distro such as debian, ubuntu LTS, or similar. You then can rely on the system staying as-is without changes for long periods.

If you want the latest then use fedora or one of the other distros that are continuously pushing improvements. Expect changes and improvements constantly with fedora and be willing to provide feedback with bug reports and forum posts since that is the way problems are identified and improvements are pushed.

Remember also that fedora is a rolling release, constantly being improved with often regular fixes of issues such as yours.

Since when is Fedora a rolling release?

Having some of the latest packages available hardly qualifies as a rolling Linux distribution.

Rolling would mean, release upgrades wouldn’t be necessary, right? So, you could go with Fedora 35 for the next 20 years (provided, you update your system regularly).
Not so with Fedora. After some time, a release-upgrade will become inevitable. With a rolling distro this would be obsolete, (provided again, if you update regularly).

Arch LInux, EndeavourOS, openSUSE Tumbleweed, Solus, Void, and Debian Testing, even. Those are rolling release Linux distros, and Fedora is not one of them.

Since when is Fedora a rolling release?

I may not have used the terminology exactly as you define it but it is ‘rolling’ in that there are constant updates within each release cycle and a new release every 6 months as compared to those that are classed as LTS which fedora is certainly not.

Solved it by selecting Analog Stereo Input profile in pavucontrol in one of the Built-in Audio sections.

This post was flagged by the community and is temporarily hidden.

Is there a dictionary definition for the different terms defining the types of distributions?
I have never seen one anywhere though most of the terms are generally understood.

Not everyone uses the same classification for the same things when it may be a bit borderline.

Let’s please not have this argument. It’s not really relevant to the original topic, which is half a year old and does not seem to be benefiting anyone at all.

I agree that calling someone “touchy” or over-sensitive can easily be taken as an insult — something maybe easily dismissed as friendly humor between people who know each other talking in person, but best avoided in a format like this.

But I also think that arguing about what was meant by “rolling” is not constructive. Sure, another choice of words might have been better, but once Jeff explained what he meant in this case, couldn’t we just say “OK, that’s not what that term means to be, but I now understand what you were getting at” and move on?

I would really appreciate if everyone could de-escalate (both here and in future conversations) so we can get on with helping people solve problems, doing cool stuff with Linux, select headphone inputs, etc.