After or during updating of the system, my computer was not shut down properly. Then there are some problems now.

Some apps cannot be run. I cannot edit a file with vi. The system echoes, ‘Can’t open file for writing’.

Firefox cannot be run, as shown in the attached image.

I cannot update the system, also as shown in the attached image. 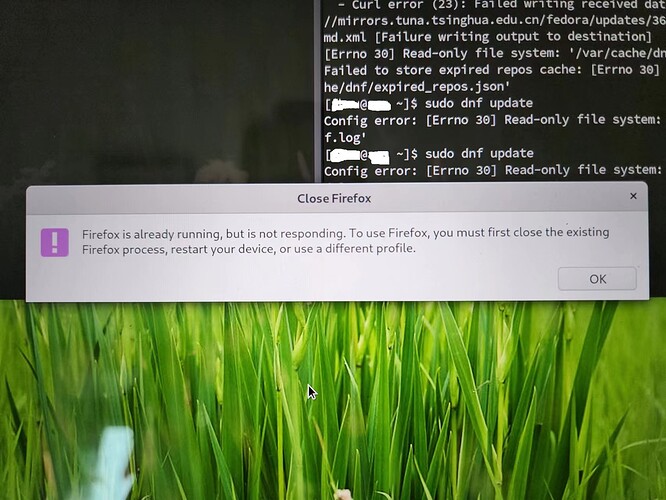 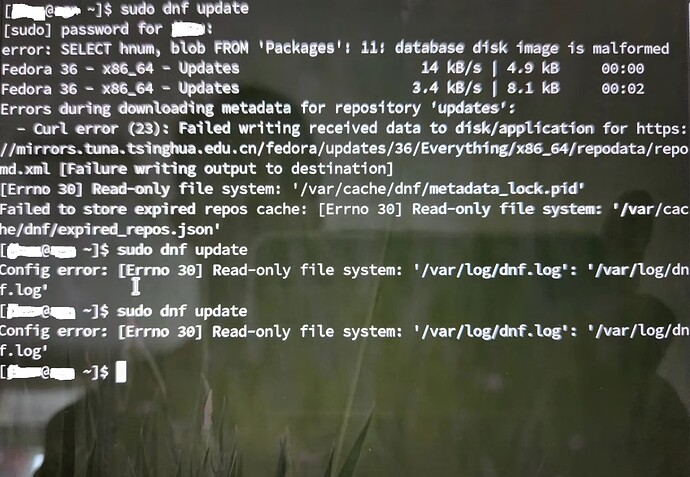 That tells me the file system on the disk is likely damaged and the system chose to mount it read only instead of the normal read/write.

I would boot to a live install media then run fsck on the system disk partitions, following which they could be mounted to verify they now have a clean file system before rebooting to the normal system.

Thank you for your suggestion. I tried but fsck didn’t report any problem.

If the problem still happens following a reboot, might be best to check logs for first signs of complaint, what happens right before the file system is flipped read only.

What do you get for the mount command?
`