Good Morning
Reporting an error I found in Fedora 36. after installing the system and mssql-server 2017 and using it for a few days normally, I needed to install a virtual machine, as I was used to VIRTUALBOX I installed it in the operating system and check that to install it, it asks for some dependencies needed for installation.
I realized that these are DLLS .

After installing VIrtualBox and restarting the machine, MSSQL-SERVER 2017 does not work anymore, not accepting connections, and if you try to reinstall it, it starts giving an access denied error in all folders.
I tried several ways to solve it, but without success. so I decided to remove some packages referring to DLLs that were installed according to the image below.
And to my surprise the Zlib-devel package causes the problem.

So I removed the package and restarted fedora and MSSQL-SERVER 2017 started working normally again, but I don’t know if doing it that way can affect other functionality of the system.
I ask the project developers to analyze and make the correction. 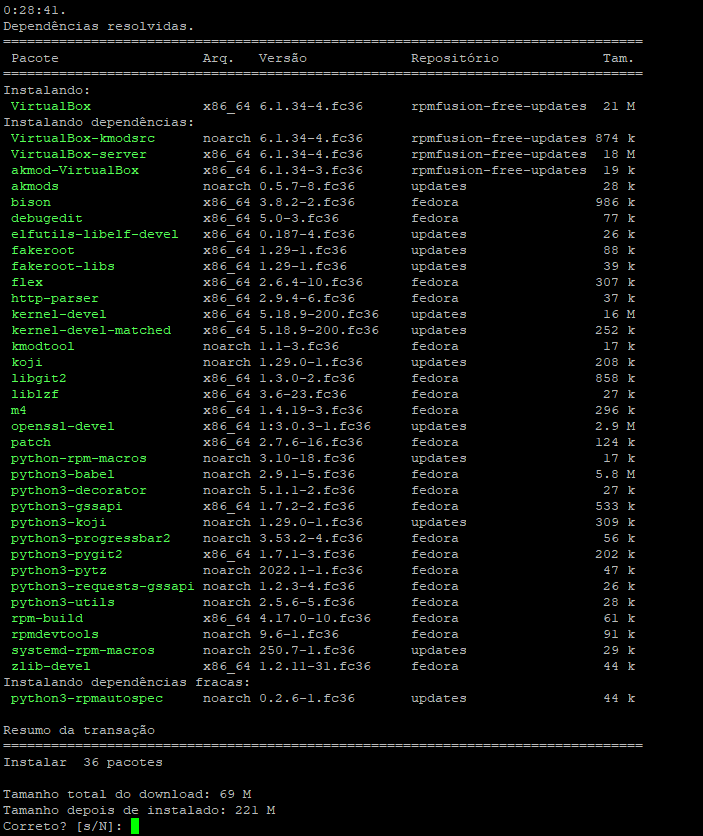 This sounds like a bug and possibly should be reported as such https://bugzilla.redhat.com

We really cannot be 100% certain though since you did not give details of installing mssql-server or virtualbox (where they came from, how installed, or other relevant details which are required to define a bug.