I hope I'm not breaking any rules here, as I recognize that this may not necessarily even be a Fedora issue, but I'm just asking to see if anyone might have a possible solution.

I've installed QEMU/KVM to use Windows 11 in a virtual machine. I specifically followed this guide, and utilized the virt-manager to set it up. The i440fx chipset wouldn't work due to some pci vs pcie issues, so I stuck with the Q35 chipset. 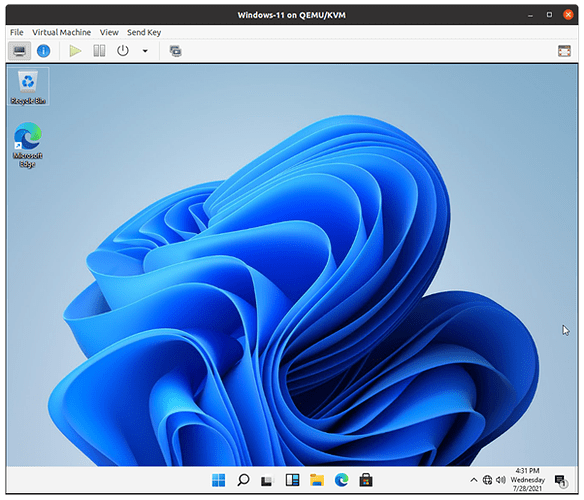 Windows 11 on KVM – How to Install Step by Step? | GetLabsDone

Follow the step by step guide on how you can install windows 11 on your KVM host with virtio drivers. On Ubuntu/Centos/Fedora/Kali and so on.

However, I keep running into this issue where upon starting it up through virt-manager, I run into a BSOD, where it states a system_thread_exception_not_handled had occured. On top of this, I noticed that under the OS information, that:

What i've done so far includes: 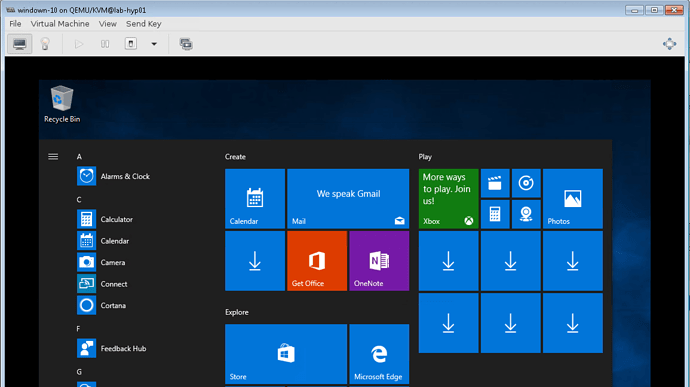 If you wanted to use windows machines on the Linux box, you can install windows on linux KVM following these steps

Here is my specs from neofetch, and I can get inxi -Fzx if requested.

I would also post my QEMU configurations for the file, but I don’t know how to do that exactly in html.

All advice is welcome.

I suggest using Windows 10 instead since it doesn’t have the higher system requirements of windows 11 and will open most windows apps just fine. It worked for me for 2D CAD and ODIN flash tools for my samsung phone. You may want to look into GPU passthrough if you intend to do any 3D workload.

I apologize if I didn't mentioned it in my original post, but Windows 10 did not actually end up working.

I'm not sure if it's necessarily a Windows/Microsoft issue, as I feel that there maybe something within Fedora that's preventing the virtual machine from booting up correctly. On top of this, there are videos of Windows working correctly as a guest. Do you know if there's anything wrong with the instructions I initially linked, or if there is a setting that I'm possibly missing in either Windows 10 or 11?

What is the error mentioned in the BSOD?

However, I keep running into this issue where upon starting it up through virt-manager, I run into a BSOD, where it states a system_thread_exception_not_handled had occured.

Try adding this to your GRUB boot options:
kvm.ignore_msrs=1

Wow. Thank you so much! I thought you initially meant go through the grub boot order file and rebuild it, but that wasn’t quite right.

Then I saw the ‘sudo grubby’ command you provided and it, just made both Windows 10 and Windows 11 work perfectly! Thank you so much, I genuinely haven’t been happy trying to troubleshoot this over the course of DAYS, and you solved it in minutes.

3 posts were split to a new topic: Windows 11 guest not booting