Please give details about the “hang”.

For kernels 6.1.5 & 6.1.6 there have been issues with a black screen during boot, that seems related to both nvidia and using encryption on the drive. For those reporting the issue the work around seems to be simply enter the password to unlock the drive on the black screen then press enter and the boot seems to continue normally.

The most recent kernel 6.1.7 seems to have fixed that issue.

You said you already updated to 6.1.7 so we need more info on what your ‘hang’ is and what you see when this happens. 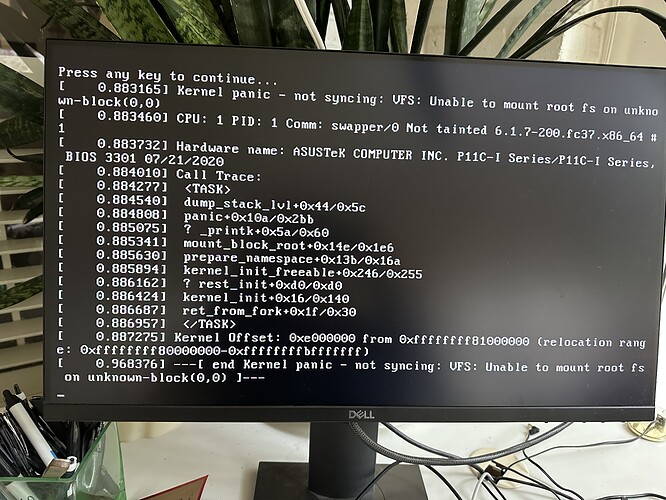 This is what appears during the reboot. Whalen I “press any key to continue” nothing happens.

This actually sounds like two different issues. Though both appeared after updating to 6.1.7 the initial symptoms appear different.

I would suggest @maverickofsurrey that you start your own thread so it will be simpler for us to focus on one problem in each thread instead of trying to work on two different problems and the confusion that may result.

For both of you.
Is it possible to boot to an older kernel with the existing system to do some trouble shooting?

If that fails, is it possible to boot to a live usb device so we could do some trouble shooting? 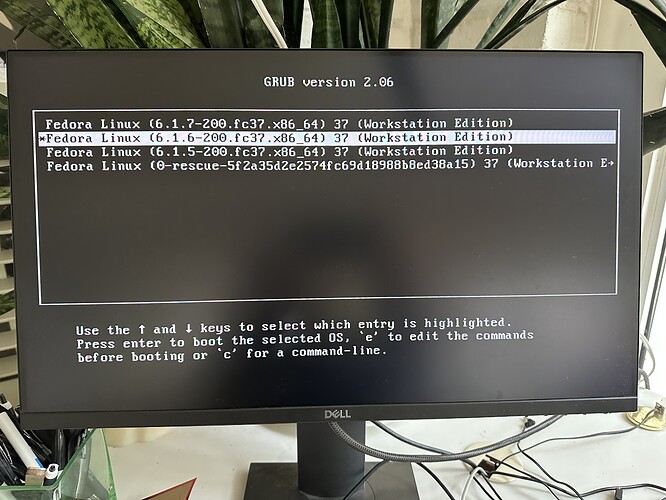 Yes, I can shutdown my desktop, reboot to when attached screen appears and boot into 6.1.6 with no problem. Just the 6.1.7 hangs or freezes.

I will create a separate thread. In quick reply, yes I can load a working kernel, and run a terminal command to remove non-working kernels.

Never be afraid to trust an unknown future to a known God.

Since you are able to boot to 6.1.6 then I would suggest removing the 6.1.7 kernel and reinstall it to see if there it would now work properly.