I recently ran an update and now my main keyboard doesn’t work (Logitech G910). It still works to enter disk encryption password, but I can’t type after login screen is presented. And for a while I couldn’t even type with the onscreen keyboard. I finally was able to use the onscreen keyboard to log in.
I plugged in another keyboard and it works fine (also Logitech, but is using a wireless usb).

I have found a few posts online with similar issues, but they are from a while ago and not for my keyboard. I did try adding some lines to ‘/etc/X11/xorg.conf.d/00-keyboard.conf’ following a post about acer laptop keyboards, which didn’t work for me though I only guessed at my device name once (I used what kde reported in my usb devices list).

I am new to linux, and I am getting a bit frustrated and over my head with this, so I thought I would just post instead of trying a bunch of hacks and breaking my system more.

There have also been some issues with my system for a while, so those may be part of a compound issue, but I’m not sure where to start with my list of issues I have yet to fix. (I tried switching to xorg right after the update to try and fix some of these other issues, so that might be part of it, but going back to wayland doesn’t fix the keyboard) 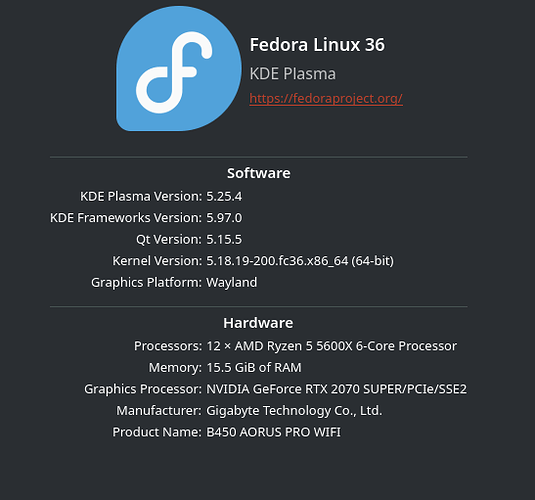 I decided to just reinstall fedora. It might have been unnecessary, but it was the fastest way I know to get back to a working system.
So far I have a much more stable system