Modem not working in Fedora 36

After upgrading to fedora 36 my modem stopped working. I tried reinstalling, but it didn’t help. Other distros have no problem picking it up and using it. After that, fedora can use it until the first sleep, then it’s broken again.

This modem is the Sierra MC7455

Is the firmware up to date of the modem?

I’m unable to update and don’t know how to check.

I tried all following this guide: 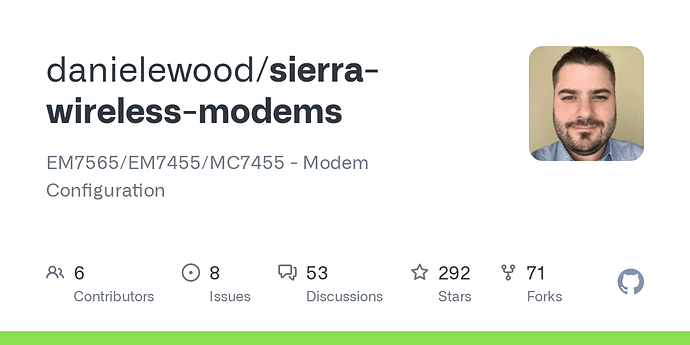 EM7565/EM7455/MC7455 - Modem Configuration. Contribute to danielewood/sierra-wireless-modems development by creating an account on GitHub.

So I was able to get the firmware version:

So I tried updating to no avail. It seemed it worked but the update didn’t happen. I’m suspecting I have defective hardware.

Have you checked with an F36 live system if you can use it? Or a F35 one? Just to see if it is really the hardware or just the driver.

Back with the results.

The test I did was simple.

Win10 and F35 succeeded both tests, but F36 failed at reconnection after suspend. After that even a reboot wouldn’t fix it. Only booting F35 or Win10 would. After that F36 could connect to the network once.

go to sleep & wake up

Is Bluetooth active when you goo to sleep? If yes does it need to be?
In a other topic I was reading that this caused problems.

So I tried updating to no avail. It seemed it worked but the update didn’t happen.

Can you try to do the firmware-upgrade on a F35 or windows 10 to be sure it is done correctly.

I’ll check w/o Bluetooth as it is enabled.

Disabling Bluetooth did nothing.

My device is a ThinkPad Yoga 2nd gen. if it helps.

I have a Sierra EM7455 with the same version in a Dell laptop. I have booted into a live Fedora36 and it works fine.

The only problem is the signal strength shown in the network settings is only 45% so it disconnects often.

I have to check if there is a new firmware available for the EM7455 version.

I have a Sierra EM7455 with the same version in a Dell laptop. I have booted into a live Fedora36 and it works fine.

Can you try my test with suspending?

I have to check if there is a new firmware available for the EM7455 version.

What is your version?

I have attached the dmesg output after exiting from suspend. 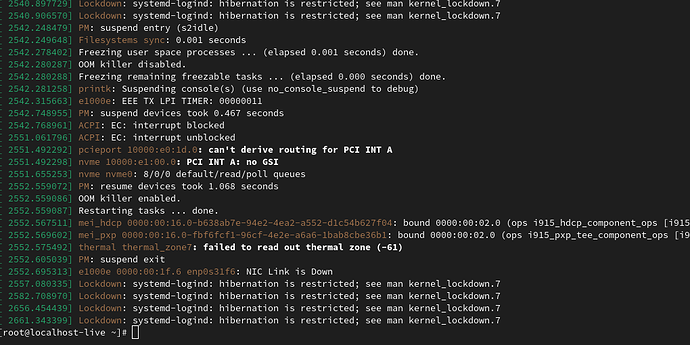 Well then my modem must be borked

I tried to update to the latest firmware in my Dell (Windows). There was an error downloading the firmware so the update didn’t happen and also it put the modem to a low power state, so I couldn’t use it at all.

I then again tried your steps.

So in my case both firmwares worked after suspending the laptop.

I still have to check if my modem disconnects automatically due to low signal strength.

I still have to check if my modem disconnects automatically due to low signal strength.

You might have also to check if there is a power saving option for the card on.

I have been using it continuously for sometime now without a single disconnection. I think, the disconnection problem was fixed by the firmware update.

I expected the signal strength to be better after the firmware update as my Huawei phone next to the laptop with the same mobile provider shows full bars.

I guess your phone has the better antenna. Or some obstacles are in the way by the laptop. The antenna is normally on the lid of the computer.

Foremost, thank you both for being so helpful

Since I made my post, the modem just gave up on itself. The BIOS thinks it isn’t a genuine Lenovo modem… I had many problems with updating as well.

I concluded this has to be faulty hardware.

Thanks to the new company I work for, I got a new computer.

I still think the behaviour of the modem was odd and would have been interesting to debug, but sadly my laptop won’t even boot with it installed.

Now I struggle with the Quatelcel EM120