On desktops that have only an nvidia GPU and that have installed the nvidia drivers from rpmfusion booting gives an error about the nvidia-powerd service which fails to start.

The nvidia-powerd daemon does not function on systems with only nvidia GPUs as it appears to be only functional on devices that are dual GPU (optimus or prime) systems with mobile nvidia dGPU and seems designed to power control the nvidia dGPU when it is not in use.

Apparently installing the akmod-nvidia package also pulls in xorg-x11-drv-nvidia-power which installs and by default enables this service in all cases.

Users can manually use systemctl disable nvidia-powerd.service which will stop the errors during boot.

A ‘Solution’ would be to alter the xorg-x11-drv-nvidia-power package and install the nvidia-powerd.service as enabled on optimus systems and disabled on systems where the daemon will not function – thus avoiding the necessity for user configuration or simply ignoring the errors at boot time.

@computersavvy Thanks for creating this topic. This really needs to be reported to rpmfusion’s bugtracker. Can you please do that and add the link to the description? Thanks!

Also, how does the boot error manifest? Is it just a cosmetic thing during boot, visible for a few seconds?

I cannot report it since rpmfusion does not allow an account that uses a gmail address.

The error is seen in the log by journalctl and dmesg during boot when nvidia-powerd fails to start. It is benign but has been commented on several times in this forum.

The daemon knows which gpus are supported and should not log this as an error. It should not even try starting it for a gpu that is not supported since it appears to only be functional for mobile systems with the optimus gpu configuration. The install %post script should handle identifying if the system needs this service enabled or not and act accordingly.

This is what is seen in the logs

If this is not highly visible and there’s no serious consequence of this problem, I don’t think this should go into Common Issues. It’s simply a minor issue that needs to be fixed by rpmfusion or nvidia.

I cannot report it since rpmfusion does not allow an account that uses a gmail address.

This is a big problem for the rpmfusion project

I’ll look around if somebody can be poked about it.

I have noted this issue at rpmfusion at least twice and last time I checked (today) still could not create the account which is required for reporting a bug.

This error should be reported to nvidia directly as we ( rpmfusion) integrate what they provide.
the nvidia-powerd binary file need to grow a mean to verify if it’s about to be launch on relevant hardware. 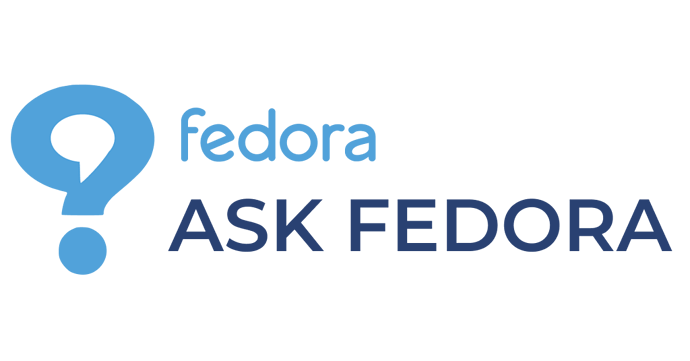 There are several end-users reports for linux forums that need to know how to deal with nvidia-powerd reporting an error when their hardware is not relevant. (this issue is not specific to fedora as I expect) My understanding is that...

Since this doesn’t seem to be important enough to get listed in #common-issues , I’m moving this to a general #english section.