Problems with Dropbox on F36

I have installed Dropbox in Fedora 36 and I have noticed some problems.

The first problem is that there is no tray icon (I am using Gnome btw) when Dropbox is running.

More importantly, dropbox insists to autostart. No matter if I type dropbox autostart n or remove it through Gnome Tweaks (from the startup applications section), when I boot up dropbox runs.

What causes this behavior? I am more interested in finding a solution for the second problem since this drains my battery on my laptop.

Thanks for the info. I will check it out. As I said this is not a major problem compared to the fact that I can’t control the Dropbox’s autostart behavior. 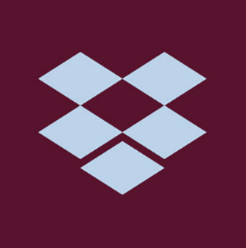 I installed dropbox for linux on debian 9 (with cinnamon) from the sid repository (there is none for stretch). Because I run it on a notebook and dropbox tends to drain the battery like crazy when it starts scanning files for changes, I don't want...

Thanks for the link. I had checked it before posting this question (as the accepted solution is characterized as ‘not elegant’). Also it is 5 years old, so I thought that there will be some alternative solution. I should add that this doesn’t happen on Ubuntu 20.04. Why it happens on Fedora 36?

Since Dropbox was installed by downloading the .rpm (see Dropbox installation) I removed it with (not sure if it the right way though):

and then removing all the relevant files/directories.

After this, I reinstalled with the second option that the Dropbox official site provides. The installation step is:

I skipped the download of the additional python script (one can download but I only wanted a way to start and stop dropbox). So one can avoid the automatic startup of dropbox (which was present when dropbox was installed through the .rpm). To stop the dropbox daemon: