Proper setup of a scanner

In the following few days, I would like to proper setup my printer. It is a Xerox WorkCentre 6515DN and I have already added three printers: CUPS, CUPS-PDF, and WC6515 to Settings > Printers. When I added this WorkCentre to Fedora35, its driver was automatically found. It is the Xerox WorkCentre 7345 - CUPS+Gutenprint v5.3.4, which is indeed not the correct driver for my WC6515, but is close enough. As in, it works good for now.

You should check the scanner is recognised by the system when you open “Document Scanner” first.

It is common practice to install the proprietary printer drivers from the manufacturers source.

The rpm drivers are the ones you need and can be found at this url:

I would not recommend running a different printer driver from experience as they can be buggy especially with Multifunction printers.

Then open the terminal and goto downloads

Thanks for your reply, @bennyisaiah and sorry for my late reply. Most times, I can reply only in the weekends, and my previous weekends were already full. Thus here is my reply, finally.

You should check the scanner is recognised by the system when you open “Document Scanner” first.

Thanks and done. Although this Xerox is recognised as a printer without a driver, but from the database as Xerox WorkCentre 7345 - CUPS+Gutenprint v5.3.4, the app Document Scanner recognise only my webcam.

It is common practice to install the proprietary printer drivers from the manufacturers source.

My previous experience with an Epson driver and Mint 20 did not went so well. Later I replaced that Epson with this Xerox, later I switched from Mint to Fedora, and I had issues with any of these previous combos. Thus I switched to different approaches. However, I’m up for another experiment with a driver from Xerox.

After doing the updates and snapping with btrbk, I will install the recent Xerox driver, and post here the results.

Maybe did I something wrong the previous time(s), because I can’t remember using this command in the terminal. Anyhow, I will give it a try…

EDIT: Although the official driver is successful installed, neither the system itself, nor the app Document Scanner recognises the installed driver of my Xerox; even after a reboot. Thus I’m still using the Xerox WorkCentre 7345 - CUPS+Gutenprint v5.3.4 as a driver-ish.

Did you uninstall the previous driver before you installed the new one.

Can you send the output of this command in your terminal

Did you uninstall the previous driver before you installed the new one.

I just removed the printer, but I guess that what you mean. Running dnf info guten* shows that the rpm package gutenprint-5.3.4-8.fc35.src.rpm is installed. Shall I remove this one too, or leave it like it is?

With this Guten package and the Xerox recognised as a printer (but not as a all-in-one), the output of lpinfo -v is:

I’vent done anything else. Waiting to learn…

Yes it looks like your printer I cannot see in that list. Are you connecting the printer machine directly to through a USB.

Correct you need to remove the previous printer driver which didn’t match.

This may be a shot in the dark, but worth looking at.

If the printer is USB connected then this might be related to an earlier issue with a package ipp-usb which was installed by an update some few months past. Basically with that package installed it broke printing using proprietary drivers, but only affected those using USB.

Check if that package is installed by dnf list installed ipp-usb. If it shows as installed then removing it may help.

https://www.hamrick.com/ Vue scan is a scanner software that works with lots of scanners. If you do not find another solution you can try that.

Yes it looks like your printer I cannot see in that list. Are you connecting the printer machine directly to through a USB.

Okay, here is the output while the printer is only connected over USB

The document scanner still does not recognize this Xerox.

Thus $ lpadmin -x WorkCentre-6515 does not do this job? When I do a simple Ecosia search with uninstall printer Gutenprinter Fedora I get only Apple solutions. Thus how do I unistall the Gutenprint driver of this Xerox? The official driver will be easier to remove, or is re-install also a solution?

I’ve indeed the official driver from Xerox, which I downloaded recently from their own website.

Check if that package is installed by dnf list installed ipp-usb . If it shows as installed then removing it may help.

Hum, although I used the USB option later, this ipp-usb is indeed installed:

https://www.hamrick.com/ Vue scan is a scanner software that works with lots of scanners. If you do not find another solution you can try that.

Thanks, I will give this a try later

Due to upcoming exams, I’m learning my courses, and not Fedora

Exams are done, and it is almost July. Thus it is time to learn F36. I have already reinstalled F36, to swith easier from Gnome to KDE. On this clean install I have just run my install script, without installing Xerox, neither with Gutenprinter, nor with Xerox RPM.

In other words, I am about to start with a clean F36 KDe slate.

EDIT: I just installed the RPM x86_64 file from Xerox their own website. How do I proceed?

So your driver should be installed now I gather. Have you installed the correct driver from the aformentioned fuji xerox driver page?

The printer drivers are listed here:

Although from my experience sometimes its easier to use the CUPS printer package which is here:

Okay, despite I’ve installed the official driver for Linux of my Xerox All-in-One, this installed software seem to do nothing. The printer is connected by USB, but Fedora does not recognize the printer automatically, nor manually. When I connect my xerox manually, then i can only opt of Gutenberg, Gutenberg simple, or Generic PostScript.

Not a problem for me, because I like to learn, but how to proceed further?

And yes, I have insta!led this driver: 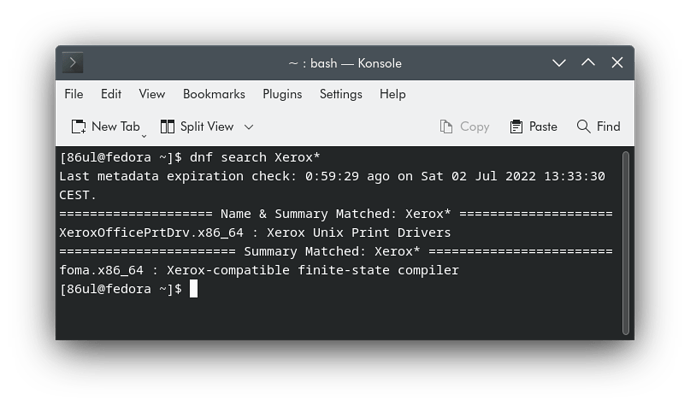 EDIT: Is this the PPD file that I’m looking for? Linux driver for WorkCentre 6515DN MFP is fubar'd - Customer Support Forum

Sorry for delay. I have done some research and it appears this is not very straight forward and clear to setup your xerox machine.I tried to get support from Xerox on this and still waiting. I will keep trying. I am confident with Epson, Brother and some Canons, Xerox is a new one for me.

When I hear back from Fuji Xerox support I will let you know.

When I hear back from Fuji Xerox support I will let you know.

Thanks for asking, but my Xerox WorkCentre 6515DN is from Xerox, and not Fuji Xerox.

Btw, according to this thread on Xerox Support forum Linux driver for WorkCentre 6515DN MFP is fubar'd - Customer Support Forum I have to add a few lines to this ppd file of Xerox Generic PPD - WorkCentre 6515 - Xerox. Is it worth a shot?

I used to work for Fugi Xerox as a tech support engineer, thats what they were called when I was working here around 8 years ago…they are the same company last I checked.

I highly suggest calling the manufacturers for this issue to see if they can assist faster.

Can you tell me the output of:

Yes that was the one I was going to suggest and if its not working then there is another option. You could try to extract the generic PPD in windows as an .exe file, then use that in CUPS…

Is this the package you downloaded:

This is actually not clear about whether or not its compatible with a rpm based system…the fact that your getting no communication from the machine at all suggests the driver package is not suitable and may require drivers to be built which is quite a big task.

I see that for some reason there are issues with Wayland. You can see evidence of that here

Hello, First, I know the title suggest this being a printing problem, however, not a printing problem yet. This is going to be another long and wordy post. :C Here is the thing. I have used in the past linux Xerox drivers with Fedora and other...

Can you tell me the output of:

Now I have some more time to reply.

Thanks, your previous occupation is quit interesting, and helpful for my case. I didn’t know that of course. However, in case I’ve to call the technical support of Xerox, I’ll call a more local number ;).

Although I did not downloaded that package in the past, I did so recently after my last post. Unfortunately, there is no WC6515 in that package. And when i use the windows package for a linux version of the PPD, I’ve to add something or can i use the Windows PPD without any change?

As my Xerox WorkCentre 6515 do respond to a printer job, it does not so for a scanner job. Therefore, the communication between my F36 and WC6515 is just to print, nothing else. Which i find pitty of course. Thus I do think that this is not a Wayland issue, as you suggest, but rather a PPD issue.

Here is my other thread at that Xerox support forum: Re: Linux version of the official PPD for Xerox Wo... - Customer Support Forum

I do not have a xerox so am unable to test this but it appears the scanner software for your printer may be here. 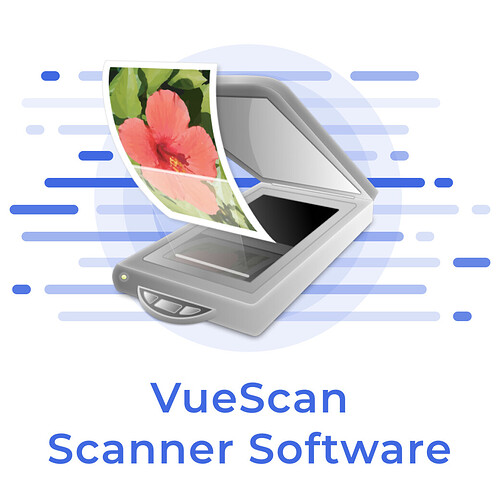 VueScan is an application that replaces the software that came with your scanner. VueScan is compatible with the Xerox WorkCentre 6515 on Windows.

There are both 32 bit and 64 bit versions there

If you extract the tgz file that will be downloaded there is a README.txt file in the directory that will be created and it tells you what needs to be done to install the VueScan tool.

Also as an rpm here.