Update hung at 97%, and after an eventual hard reboot, does not work

Hi,
I updated fedora 37 yesterday and it went completely wrong.
It hang up at 97% of the update done. So after waiting 10 hours I did a hard reboot… Resulting in the atteched pictures.
Nothing works anymore😒

Does anyone know a way of getting fedora working again? 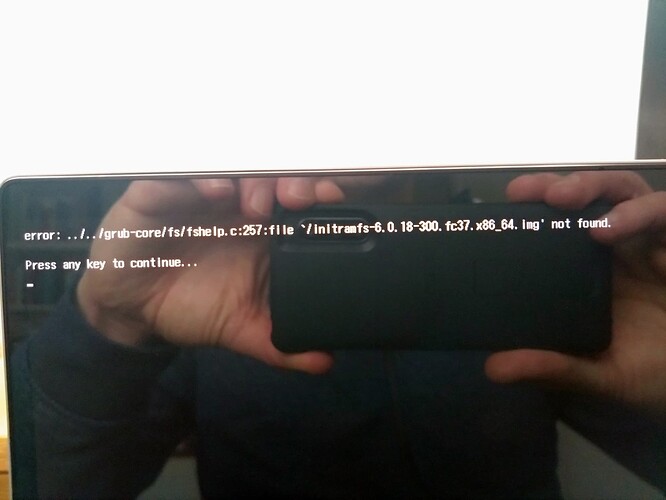 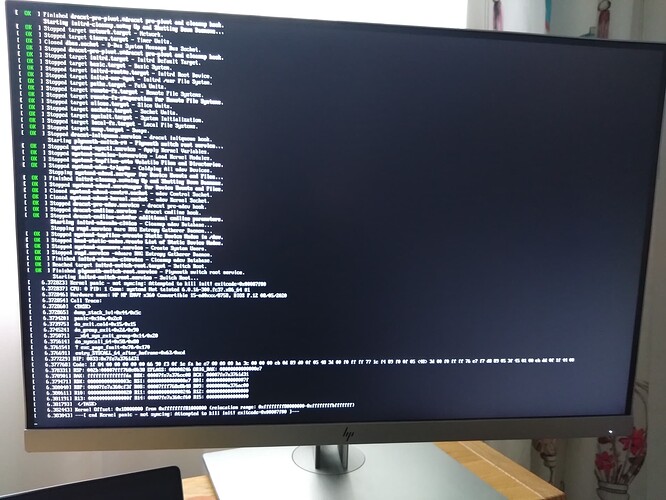 Can you try booting from an older kernel? it looks like you are missing the initramfs for the Fedora 37 kernel.

I did try to boot from previous kernels, but it didn’t work…

Do you have any kind of snapshots for your root filesystem? If you have you could restore a snapshot and reinstall your kernel.

To know what to propose exactly, please post the output of lsblk. 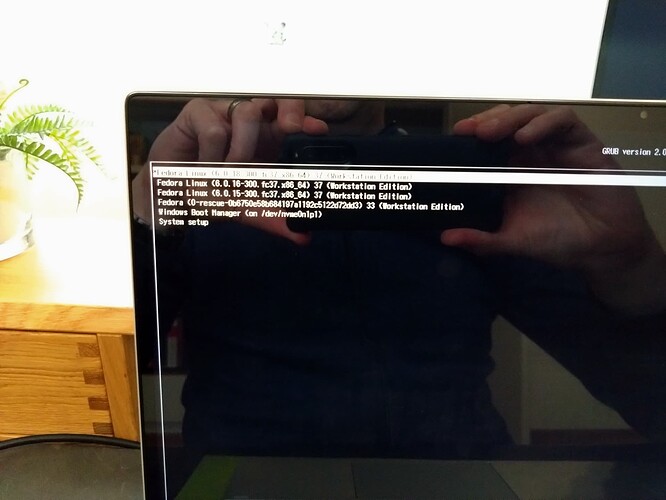 This is what the boot manager looks like.
When I start the second (kernel 6.0.16) I get following: 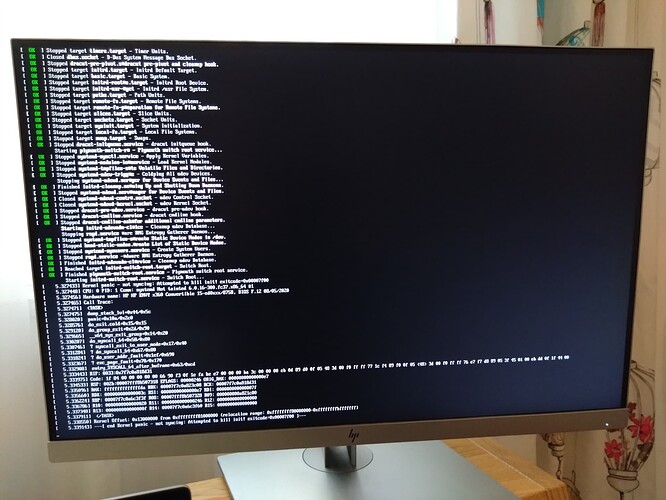 I can’t type anything…

I think saving this half upgraded system will be more or less a hassle depending on how bad the situation is. You could either reinstall or I could try to help as much as I know.

The kernel panic is probably caused by a messed up SELinux configuration according to this. Try to disable SELinux using GRUB command line and boot from the kernel 6.0.16.

If you could get into the system after doing this then the next sensible thing is to run sudo dnf distro-sync to sync your packages with the current release, then relabel the whole filesystem by running sudo restorecon -R /.

If despite disabling SELinux you can’t get to at least tty, we could try chrooting from a live USB.

I am having a similar issue. This latest update to kernel 6.1.5 does not boot and I get a perpetual black screen. I, however can boot from an older kernel (6.0.18). I don’t know if our issues are related, but mine started happening right after the update as well.

See these threads for similar issues

This morning, I ran my update like normal to see what all was new and installed the latest kernel 6.1.5-200.fc37. I had previously manually installed Nvidia drivers and they were working just fine with Wayland. I noticed this latest kernel version had some Nvidia updates in it, which I hadn’t seen before, which may be why after rebooting and booting into the new kernel, nothing seemed to happen. I keep getting a perpetual black screen. After this, I went ahead and booted the older 6.0.18 kernel…

I’m not exactly sure how it happened, but my computer freezes at (before?) boot atfer the latest system upgrade. I use btrfs with full disk encryption and the freeze happens just after I press the power button, it doesn’t even ask for the encryption password. No interaction is possible at all, no grub, and I don’t even have the option to get into UEFI. I’m guessing this is either a luks or a boot image issue (the boot partition is unencrypted by default if I remember correctly). Luckily the UE… 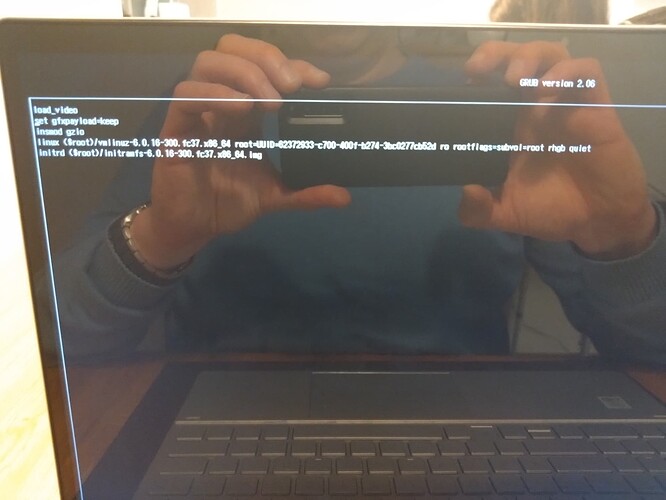 How should I continue?

Add selinux=0 to the end of the line starting with linux, then press Ctrl+X to boot.
source

Please see the attached pictures
Did I do something wrong, because it doesn’t seem to be working properly 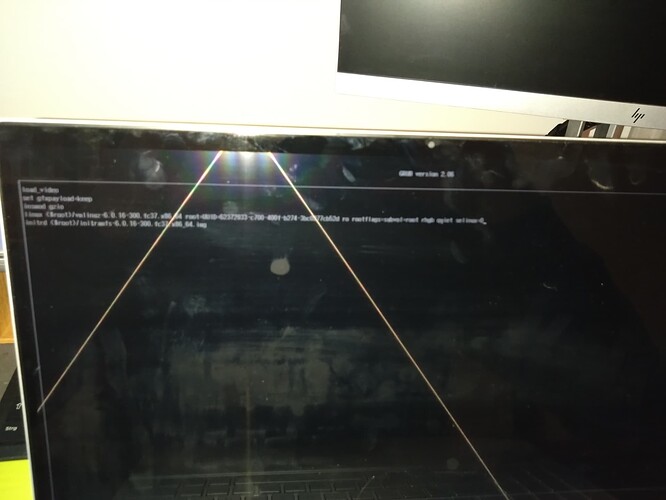 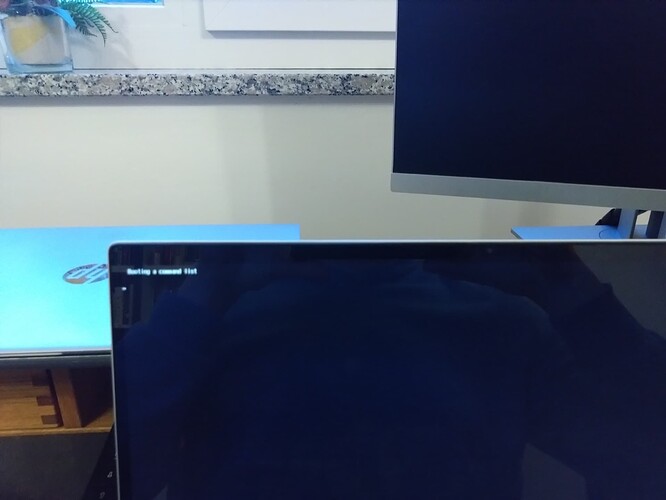 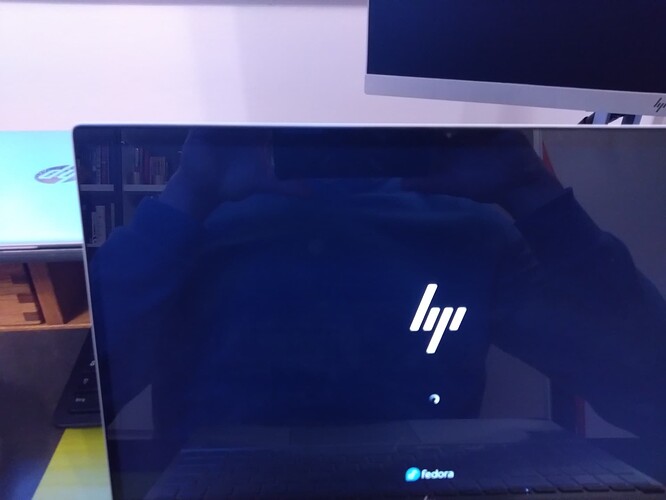 The pictures are very blurry, but it is readable enough to see that you added selinux=0 to the end and booted. Can you press esc to show where the boot stalled? 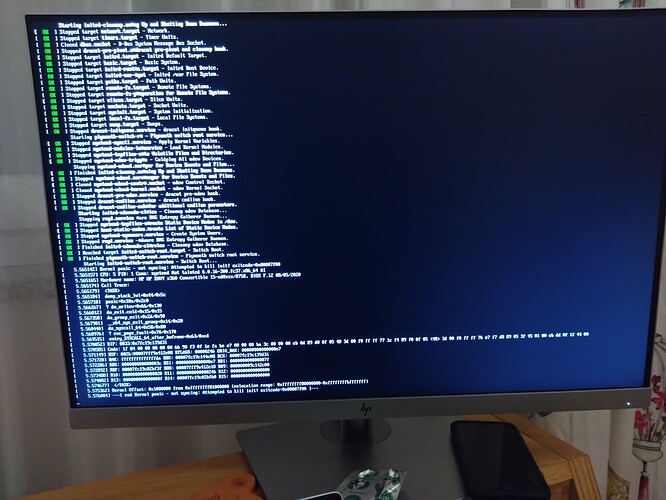 As I can see nothing changed, I think hunting down this problem will waste more time than reinstalling a clean system.

Make a bootable Fedora USB and reinstall your system. Copy your home directory to somewhere else to restore it after reinstall (do not copy using GUI as it may mess the file permissions, use cp -p ... to ensure that permissions doesn’t get messed up.

And most importantly: please use snapper or timeshift to take snapshots of your root partition, that makes recovering from such messes much easier.

This exact issue is why I switched to Silverblue, the immutable OS.

While the idea of silverblue is nice, it isn’t fully bulletproof either. In my experience Fedora workstation + snapper is also quite reliable, nearly 1 year of use I never needed to restore a snapshot unless I messed up myself.

Everything is working again. I did reinstall Fedora without any further issues.
This was the first time in more 15 years, an update went wrong…

This was the first time in more 15 years, an update went wrong…

I hope you got a snapshot tool this time to prevent such scenario from repeating.